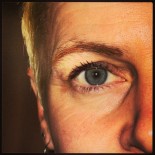 "She lives the poetry she cannot write" – Wilde 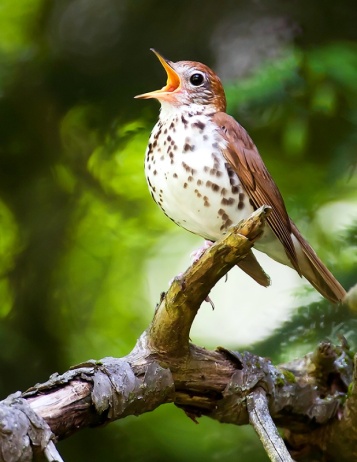 There’s no law against my listening
to this thrush behind the barn,
the song so loud it echoes like a bell,
then it’s further off beyond the lawn.
Whatever else there is, there’s this as well.

There’s no law against this singing –
nesting I suppose – up in the silver birch,
even though we build a common hell,
have done, and will make it worse.
Whatever else there is, there’s this as well.

Maitreyabandhu is an ordained Buddhist, and his work naturally combines vivid attention to detail with a sense of what we might call the spiritual life. This is a small moment, conjured up in a small poem. In fact, many of the poems I’ve used in this series have been short. The poems I see in workshops and competitions are often much longer, taking their cue from the forty-line limit used by many poetry competitions and journals. Make your poem as long as it needs to be but remember that the limit is a limit, not a target. Shakespeare said everything he wanted to say about love in sonnets, after all.

This neat poem describes a single moment of paying attention. There’s not much to notice, but Maitreyabandhu notices it. The sound is first loud, then further off. There’s precision without artifice; not a building but a barn, not a garden but a lawn, not a tree but a silver birch. Specificity helps the reader to imagine the scene, and bolsters the feeling that this really happened. It also gives us valuable information, setting the scene succinctly. When you speak of a carpet is it an Axminster, a Cappadocian kilim or a rag rug? Each signals something different about the room.

Both stanzas have the same beginning and end. They are bookended by ‘There’s no law against….’ and ‘Whatever else there is, there’s this as well.’ I’ve more than once quoted Glyn Maxwell’s dictum that ‘repetition isn’t repetition. Ever.’ So what does it do here? Both statements become a kind of reiteration of something important. ‘There’s no law against…’ reminds us that we have the small but important freedom to stop and pay attention, whenever we like. I know you don’t do it very often, it seems to say; but there’s no law against it. Nothing to stop you if you feel like it. The last line becomes an affirmation that will stay with you as you leave the poem, and in my case for a lot longer.

For me, this poem is a little unsteady on its feet. Often when you write a poem, you think that the reader might not understand what you’re saying. You don’t quite trust them to follow your wise and subtle hints (or rather, you don’t quite trust your own powers of communication) so you over-explain. I suspect this is happening in the line ‘even though we build a common hell’ and the line that follow. The idea comes into the poem suddenly, sits on its own and feels somewhat shoehorned in, as if to say ‘and the moral of the story is….’ I think we would have understood what he’s saying perfectly, without this and the line that follows it. I wonder too if the rhyme scheme has backed Maitreyabandhu slightly into a corner. A half rhyme like ‘all’ or ‘full’ might have given the poem cohesion without being quite so visible a structure.

Any fool can criticise, and many of them do. Critics often blame a poet for not writing the poem they themselves would have liked to write…. and yet didn’t. It’s not discourteous, however, to ask questions of a poem and see how you might handle it differently. Give yourself permission to read critically, and if a poem you enjoy seems to have a hairline crack in it, take Maitreyabandhu’s mindful approach – notice it, but don’t let it spoil your enjoyment of the poem as a whole. The poems we learn from, like the people that we learn from, can be imperfect.

We all hear birds every day, and can use them as a cue to pay attention. I love this poem for that reason, and it comes back to me often. You may have had a terrible day, it says: bad things are undoubtedly happening in the world, and will continue to do so. Whatever we can do, it’s not enough. But there is still birdsong, light and a moment in which to notice it. Whatever else there is, there’s this as well. It’s a simple consolation, but a consolation all the same.

[Maitreyabandhu’s latest collection is Yarn (Bloodaxe 2015). If you’re enjoying these blogs and would like to make a small donation to say so, please do so by clicking here.]

This entry was posted on April 29, 2017 by Jo Bell in NaPoWriMo: poems to read, Readings and writings and tagged NaPoReMo, NaPoWriMo.